By admin
Mar 12, 2022 Leave a comment
in Relationship Trends


In Indian cinema, ambitious mothers are problematic. Or so the filmmakers perceive them to be. A mother, who wants to have a thriving career will always falter at home, have a difficult relationship with her children and may also have loose morals. The child will always have a resentment growing up, seeing the mother busy at her work- unable to devote time. Renuka Shahane’s directorial debut ‘Tribhanga’ is set on similar lines with the resentment and anger passing down to two generations.

A story of three generations in a family, ‘Tribhanga’ has at the core film actress Anuradha (Kajol) and her troubled relationship with her mother, celebrated author Nayantara Apte (Tanvi Azmi). As Nayan suffers a brain stroke and slips into a coma, her family- daughter Anu, son Robindro (Vaibhav Tatwawaadi), granddaughter Masha (Mithila Palkar) rush to her side. The dysfunctional family initially resent the presence of Nayan’s biographer Milan’s(Kunaal Roy Kapur) presence in the hospital, they slowly open up about their individual relationship with the matriarch, reminiscing about the old times, the issues they have had in with their mother all throughout. 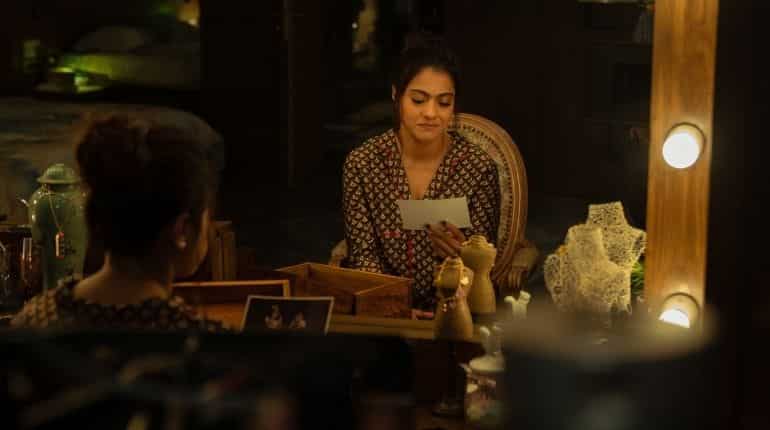 Films on troubled relationships between a mother and a daughter have been made before. There was Rituporno Ghosh’s delicate ‘Unishe April’ and in the recent past, Anu Menon made ‘Shakuntala Devi’ to name a few. Shahane who is also the writer of the film serves a similar environment. Nayan, the matriarch, is unapologetically ambitious. She has lived her life on her own terms and brought up her children as a single parent. Instead of admiring her achievements and resilient nature, her children Anu and Robindro have grown up to resent her. Anu is a celebrity in her own right, but temperamental, moody and foul-mouthed.

Anu’s daughter Masha is calmer and submissive but has her own set of issues having grown up in a family that was devoid of any father figure. Its been a family of three women- two of whom are strong-headed and Masha, who is now married and pregnant, craves for a proper family of her own. 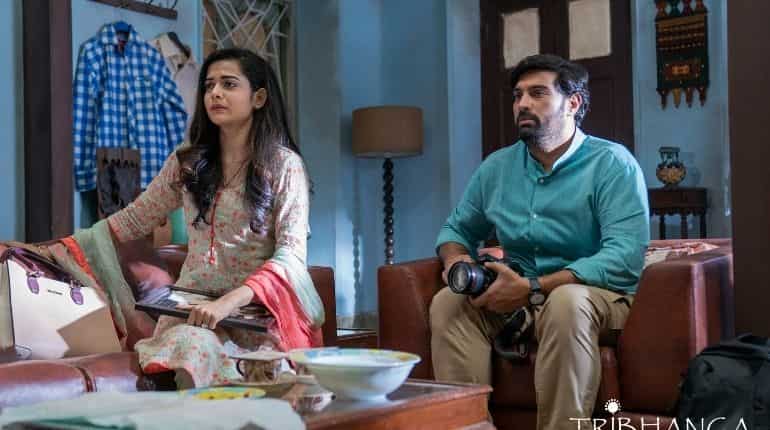 While the story highlights the complex relationship of the three women, it lacks coherence. A lot of the plot points are unnecessary and Shahane uses the men as the calming factors who serve as anchors to the firebrand women. Actors like Kunwaljeet Singh and Manav Gohil are totally wasted with limited screen time and their characters are not fleshed out well. Gohil in fact is never really introduced to the audience. His character is either Kajol’s companion or a best friend- one isn’t very clear and it is never explained.

The film concentrates too much on Kajol’s angst against her now ailing mother and meanders around her mostly. Mithila’s story is told almost at the fag end of the film and seems so rushed. 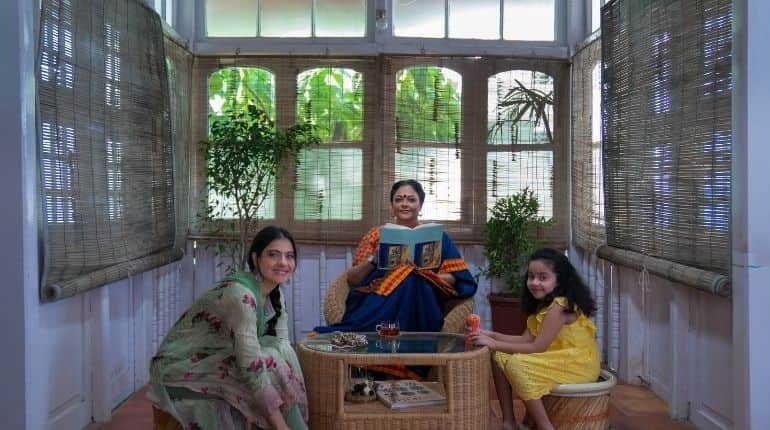 At the onset, ‘Tribhanga’ seemed like an interesting story of three generations of women but it ultimately leaves a lot of unanswered questions and keeps meandering around a single point. I wish Shahane had fleshed out the characters a bit more and explored the complex relationship between the three women equally. What one gets is a half-baked story of a difficult woman who has had issues with her mother and has never been available to her own daughter.

At 1 hour 35 minutes, the film feels stretched, incoherent and half baked. It may be a great idea on paper, but ultimately it doesn’t come together well on screen.

‘Tribhanga’ is streaming on Netflix.