Till divorce do us part: New views of marriage in China , Lifestyle News


Far from being a social obligation, marriage in China is increasingly being seen as an optional extra for those willing to splash out.

“Finding priceless treasure is much easier than finding true love in a man,” the Tang Dynasty (618-907) poetess Yu Xuanji declared.

Yu, it seems, could speak with a degree of authority and feeling on such matters, having married a court official named Li Yi as a concubine at the age of 16, only to be banished by him at the behest of his primary wife three years later.

Of course, the notion Yu voiced in her poem about the difficulty of finding a perfect soulmate was not exactly new even when she penned her lines 12 or so centuries ago.

“Since ancient times, people have been aware that good marriages are rare,” says Yang Juhua, professor with sociology and population studies at the National Academy of Development and Strategy under the Renmin University of China.

In fact one idea that Chinese from ancient and modern times seem to have reached a consensus on is that “a good marriage is a luxury item”, Yang says.

The fact that people think this way suggests that they now have “higher standards and expectations for marriage”, she says.

In recent years an increasing number of young Chinese have chosen not to marry, in contrast to earlier times when the expectation was that they would marry by a certain age, Yang says.

“The saying about marriage being a luxury is consistent with a decision to stay single, because luxuries are not necessities. You can choose to splash out a lot of money to buy a luxury, but then again you can easily choose to do without the luxury, too.”

A recently broadcast television drama, San Shi Er Yi (Merely 30), told of the relationships of three women, including their attitudes regarding marriage, divorce and personal growth. It struck a responsive chord particularly among female viewers.

One of those who said she could identify strongly with the series is Ye Guniang, 34, a white-collar worker in Beijing, who has been married for three and a half years and is now going through a divorce.

She met her husband, 11 years her senior, in 2016, she says, and they dated for nine months, marrying soon after Ye became pregnant.

“It was all so natural,” she says. “Even had it not been for the baby, we had planned to marry anyway. I admired him so much. He loved mountaineering and had even been to Qomolangma, which was something I thought was incredibly cool.”

However, Ye soon realised that something like mountaineering and being able to say one had scaled the world’s highest mountain contributed nothing to their marriage.

“I knew he was cool, but being cool could not make up for not caring about me or for me. I’m a professional in my field, and yet he never respected that. He’d hardly ever say anything positive to me or show that he cared whether I was tired or not.” 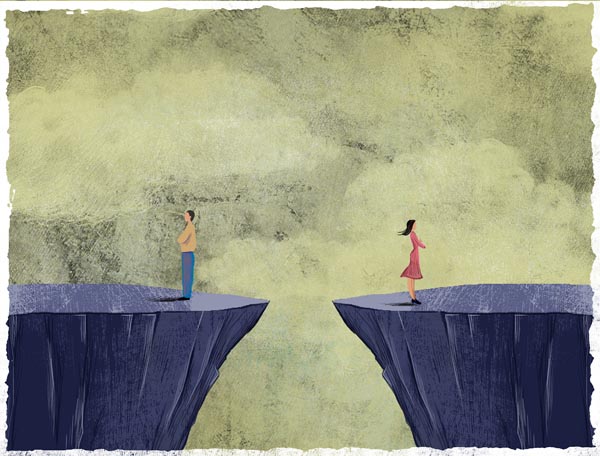 Ye and her mother now take care of the couple’s daughter, 3, almost all the time.

Ye’s husband, Wang Dan, works for a State-owned company, and before the Covid-19 pandemic broke out half of his time was spent on business trips overseas.

He felt he was unloved, he says, because his wife devoted herself totally to her daughter, and he realized he had little love for Ye, so he broached the subject of a divorce.

Communication was the biggest problem in their marriage, she says, the couple talking very little with one another. Any time she said something, he would disagree or simply say nothing, she says. Gradually she felt exhausted and stopped initiating conversation.

“During the day I work, then look after my daughter. I had no more time to put into making the marriage work, and I thought he would agree that we should make an effort to stay together and raise our child. To be honest, I had never imagined he would tell me he wanted a divorce.”

However, Ye says, she soon realized the futility of staying in a marriage that did not make her happy or that made her feel as though she was not supported. The couple thus agreed to divorce, with Ye taking custody of their daughter. 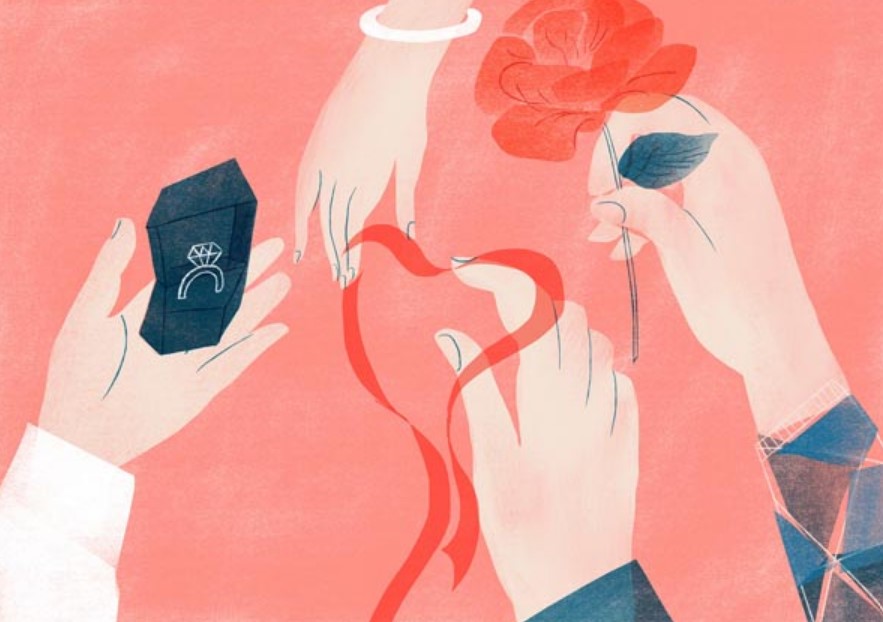 The difficulties of juggling the responsibilities of being a good parent and following a good career path are common, but generally it is mothers who feel under greater pressure in this regard, Yang, the professor, says.

“Women want men to do their bit with family work, including taking care of children, but men can be slow on the uptake because of tradition and gender imbalances. That can produce a lot of marital friction.”

In the academic field and in government generally there has been a growing realization of the challenges that young mothers face, with pressure on employers to eliminate gender discrimination and give more support to young mothers in the workplace.

“There are not enough supportive measures from society for families with young children, and that can produce greater marital tension,” Yang says.

Most divorce proceedings in China are instigated by women, she says, which is a sign that women’s rights being protected.

Society is becoming tolerant and respectful of the choices people make, including staying single or getting out of an unhappy marriage, she says.

“Divorced women used to be stigmatised by families, colleagues and friends, but that has largely changed, which is a sign of how society has progressed.”

Wu Zhihong, a consulting psychologist in Beijing, says women should listen to their inner voice and be aware of being swayed by the views of others.

“People should respect their own feelings and make their own decisions,” he wrote in a social media contribution.

“Of course there is no harm in seeking a good marriage, but women should not make themselves dependent on others in looking to achieve this goal.

“A woman looking to repair a relationship by hoping that the other person will love her again can only end up disappointed. It won’t happen. Most women finally get to face themselves after they have gone through this bitter experience.”

Being independent and not sacrificing oneself to gain love will help people to lead a life they want, Wu says.

Tong Ling, 24, a college graduate who found a job last month, said she has no expectations of marrying.

A relationship she was in at college ended in breakup.

“I used to dream about marriage and thought that one day I’d be a happy wife. Gradually I realized that the cost of marriage is too high.”

She would rather invest time and energy on herself than on another man, she says.

“Maybe I’m a bit timid and incapable, but I really believe I just can’t marry someone and live with them.”

What she is intent on is working hard to make money and then buying an apartment, she says.

“My apartment will give me more sense of security than a marriage could. I would love to make big and beautiful plans alone in the apartment I buy for myself.”

Someone who saw her plans turn to dust is Zhang Xian, 36, a bank clerk, who had been married for six years and divorced two years ago.

“I don’t know the reason exactly for my divorce, but I knew that I was unhappy and I always tried to find excuses or reasons to be out with friends instead of going home after work,” she says. “I don’t think he was the one I wanted.”

However, the couple could not agree on a property settlement and the matter ended up in court.

“I spent six months on the divorce and another six months getting myself back to normal emotionally,” Zhang says.

She kept her divorce secret until she felt she was ready to tell colleagues and friends, and when she did all were sympathetic and supportive, she says.

“I think a reason for that level of understanding was that divorce has become so common. One thing that divorce did for me was that it made me grow up. I also learnt that people are sophisticated and that it’s wrong to judge others.”

She hopes all women in an unhappy marriage can find the courage to get out of it, even though it can be hard at the beginning, she says.

“I have become more courageous and I now know exactly what I want.”

Asked if she still believes in love and marriage, Zhang says yes. She now has a boyfriend and they are dating seriously, with marriage in mind.

“For a certain time after the divorce I didn’t believe in marriage, but with love and care my boyfriend has helped change the way I think. I’m confident about marrying again.”

She added, laughing: “On the other hand, I’m not afraid of being divorced again, either. I’ve had the experience.”