They certainly got the full Brooklyn Bridge experience.

A video of a Bronx man’s marriage proposal on the bridge’s iconic promenade went from a romantic movie to a disaster flick — when a cyclist literally crashed into the scene.

Viral video of Chris Vigo popping the question to soon-to-be fiancée Angelina Rivera last Friday shows the heart-warming scene going to plan — until a pal he asked to take photos of the big moment steps into the bike lane, directly in the path of a cyclist gliding downhill.

“I gave him a cue so he knew when I would propose. He got so excited, and as he was trying to catch his angles, this guy comes and just collides with him,” Vigo, 22, told The Post on Tuesday of photographer pal Josh Rosario.

“He hit his brakes, but it was too late.”

In the clip — which picked up 10,000 views on Facebook overnight and has since gone viral on TikTok and Reddit — Vigo gets on one knee to propose, professing his love to a giddy Rivera, 21. But then Rosario steps out into the bike lane to snap photos.

An oncoming cyclist yells at Rosario to get out of the way. He steps back for a moment then hops into the bike lane for another shot — only to be wiped out by a shirtless two-wheeler, who nearly faceplants into the happy couple. 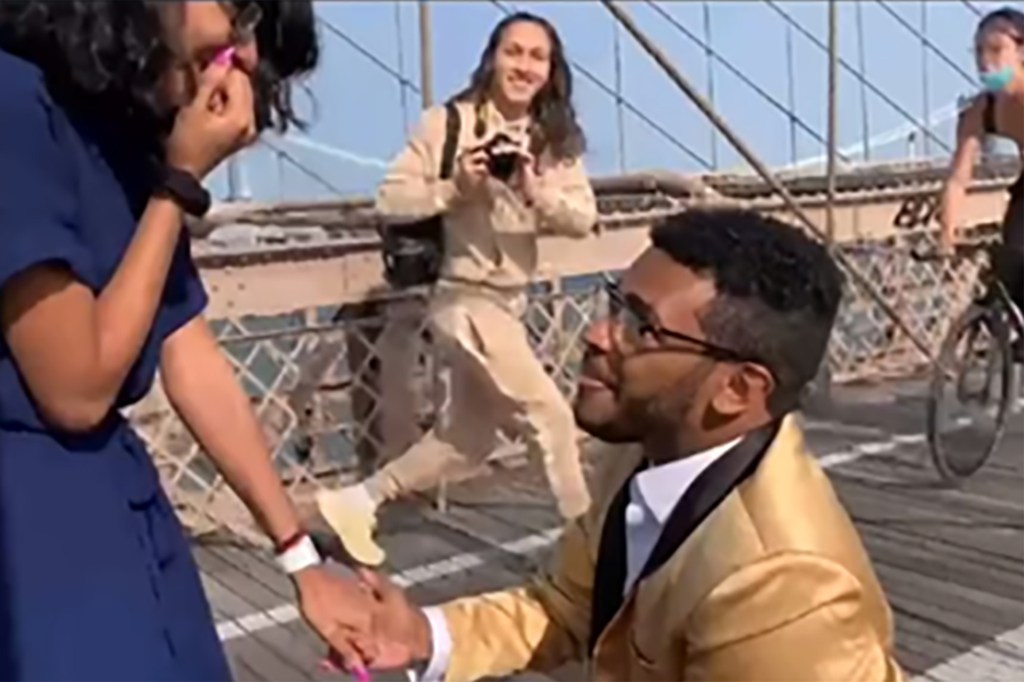 TikTok video shows Joshua Rosario as he’s struck by a bicycle while filming a proposal on the Brooklyn Bridge. 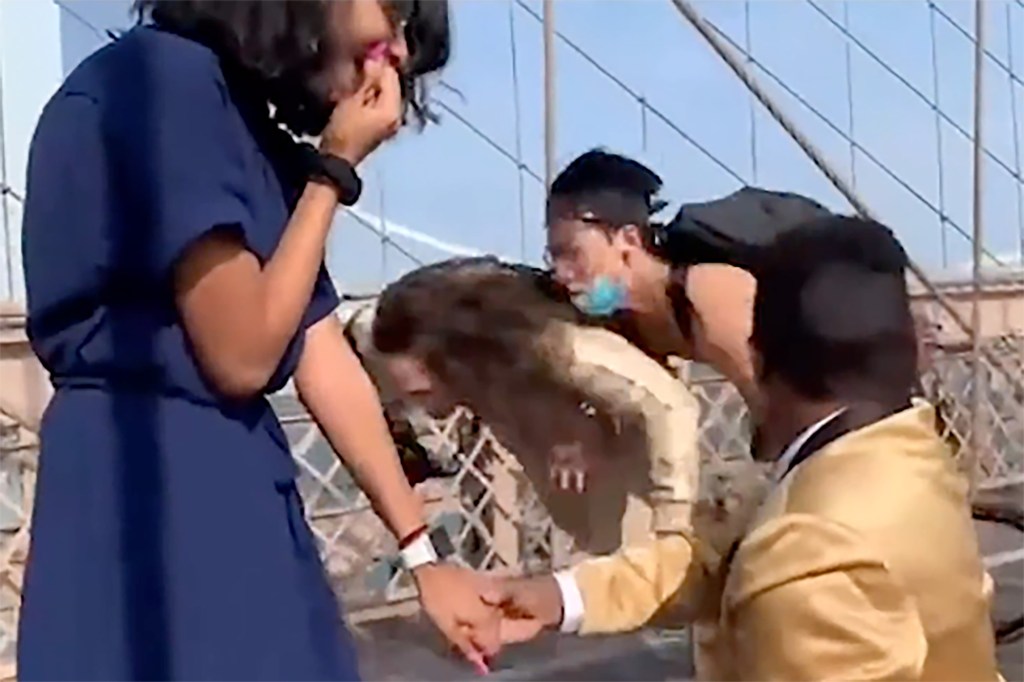 
Mask up or pay up, NFL coaches. The league on…

The cyclist signals to Vigo he is okay and rides off.

But the commotion was not nearly enough to ruin the moment. The tension wore off as soon as Rivera said yes.

“At that point, we kissed, we hugged,” Vigo said.

“We know we were surrounded by thousands of people, but it felt good. When I look into her eyes, everything stops.”

Rosario, 23, told The Post he was ultimately unhurt in the crash.

He said it was his first ever trip to the bridge, which was a notoriously-crowded tourist trap before the COVID-19 pandemic.

“I’ve lived in New York my whole life, I had never been to the Brooklyn Bridge. I didn’t know there was a special bike lane,” said the Bronx shutterbug.

“I didn’t know it was going to be the way it was, how narrow it was.”