By admin
Jan 13, 2021 Leave a comment
in Relationship Trends 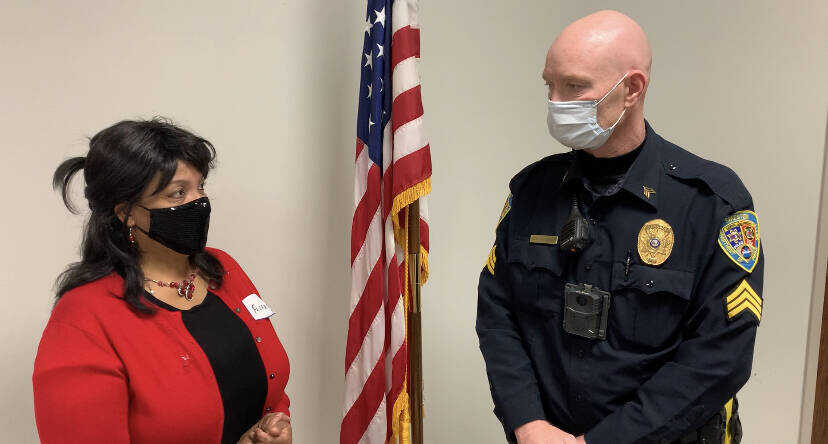 Flora Wiggins, PACT secretary, interviews Sgt. Cliff Jackson with Sikeston Department of Public Safety about PACT and his involvement with the group. This video and others can be found on PACTs Facebook page.

SIKESTON  Since its formation in September, a group of citizens working to strengthen police and community partnerships has developed its mission statement and created an online presence so others can learn what theyre doing and how to get involved.

We have already seen success in our meetings, helping us understand differences in perceptions, cultures and backgrounds, said Sikeston DPS Chief James McMillen. We hope to continue this effort for years to come and use this information to improve police and citizen relationships in our city.

In June, Sikeston city officials along with about 10-15 members of a planning group comprised of individuals representing different aspects and demographics of the community met for the first time with an ultimate goal of selecting committee members which became PACT, or Police and Community Together.

PACT officially launched in September and recently adopted its mission statement: We engage in community problem solving, seeking an equality of voice to improve policing through peaceful dialogue and helping to develop community partnerships between police and community.

Our council currently consists of 25 members, made up of police officers, City of Sikeston employees, church officials and members of the community, said Flora Wiggins, PACT secretary.

The group recently created its own Facebook page where the Sikeston community can log on and get to know each of PACTs 25 council members, Wiggins said. Currently the PACT Facebook page has over 750 followers.

Each council member is interviewed and allowed to share pertinent information with the community about why they are a part of PACT. The unique thing about these interviews is that it also gives the community an opportunity to leave comments or questions for the member being interviewed, Wiggins said.

The videos are intended to give everyone an idea of the sincerity of the council by offering open and honest dialogue, Wiggins said. 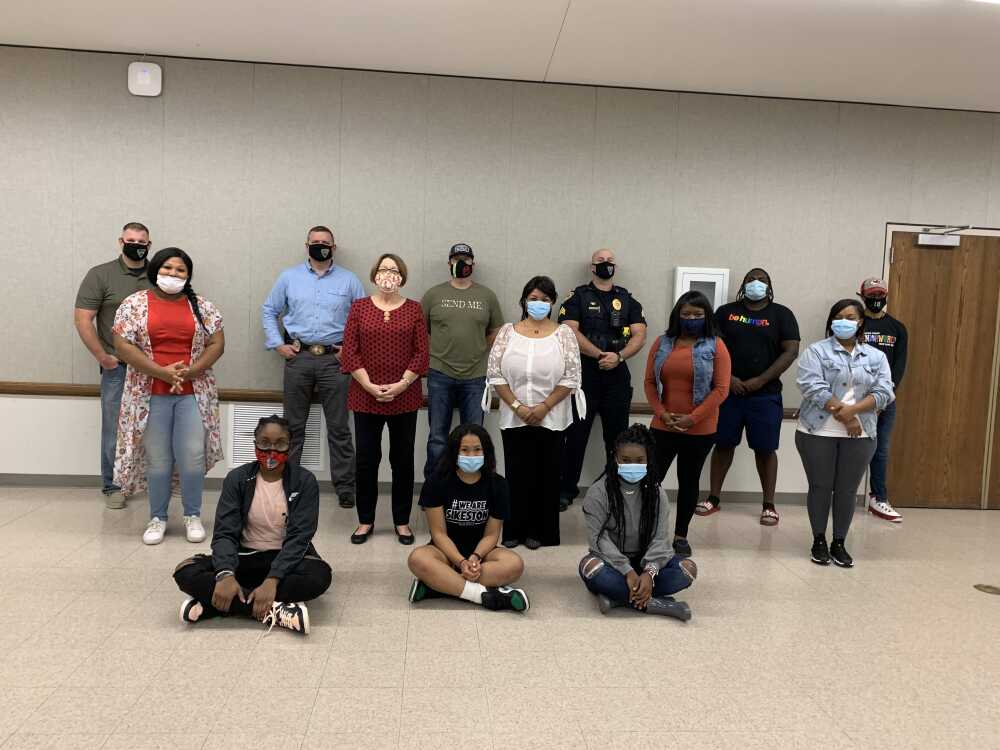 Our common goal and desire is to join forces, regardless of race, religion, or socio-economic background and open new lines of communication to show everyone who we are and what our goals and aspirations are for our community, and ultimately cultivate and inspire positive change in our city that will spark a desire for change in surrounding cities, states and society, Wiggins said.

We want to be blue print for the country on how police and citizens interact with each other, Owens said.

The group has met several times and recently arrived at a point where they could share more details with the community, he said.

Weve been laying the ground work and discussing how we are going to attack this and get people to know what were doing, and now were getting to the point where we can tell others who we are and what we stand for, Owens said.

PACT would like to host events for the public to get involved, Owens said, adding a forum and informational videos are part of those plans.

There are definitely phases in our process, and we wanted to make sure that we have a place and somewhere for people to ask questions, Owens said.

For the first time, Owens said he feels like the police chief is actually trying to mend the relationship between police officers and the community, specifically the Black citizens.

A lot of people have felt theyve been mistreated, and we want to make sure they get some resolve and then move forward together, Owens said.

Not all police officers are bad, Owens said.

Every job has people who are bad. We want to make sure those bad apples are weeded out, Owens said.

In fact, Owens father is a police officer.

Hes a fair cop and a good cop, Owens said.

On the flip side, Owens said hes gone through bad experiences with police, too.

You have to try to be open and try to do it on a person-to-person basis because not every police officer is the same, Owens said.

Owens said he understands there are processes police have to do go through in criminal cases, especially on the national level. He and others would like to see a little bit higher level of transparency that doesnt hurt the investigation but gives a little more information to put citizens at ease, Owens said.

The community and police have to find a middle ground, Owens said.

For example, citizens should ask questions but there is a proper way to do it, Owens said.

You shouldnt pop off at the police; there are ways to do that effectively, he said.

Every meeting has a really good vibe, and the whole group wants to see change, Owens said.  We want things to be better. We have to put our feet on the ground.  A lot of people want change but nobody is willing to step up and do it.  We have to let our actions speak louder than our words.

Owens said Darryl Martin, PACT moderator, does a great job of making sure the group stays on task, and he set meeting rules from the very beginning and everyone is to be respectful of each other.

I applaud our youth to not be just like everyone else, but for wanting to be that mouthpiece and that leader, Owens said. Theyre saying: This is our town, too, and we want to make sure were leading by example.

The entire group is invested, he said.

The vibe I get from this group is we are all passionate and hungry and we want this to work and tired of the narratives placed on African Americans and police, and we are dedicated to working through that, Owens said.

We talk about a lot of issues we feel need to be addressed on both ends, and I think it (PACT) could definitely benefit this area and, hopefully, bring the community and police together which is how they should be, Owens said.