An explosive personal letter penned by Edward VIII that lays bare the scale of the Royal rift provoked by his marriage to divorcee Wallis Simpson has come to light 81 years later.

Twice-married Ms Simpson was at the centre of one of the most scandalous love affairs of the 20th century when she entered into a relationship with Prince Edward, who went on to briefly become King Edward VIII.

Their romance led to the Edward VIII abdicating the British throne in 1936.

The former king, who became known as the Duke of Windsor, wrote of his fears the American socialite would be shunned by his mother Queen Mary and sister-in-law the Queen Mother during a planned trip to Britain. 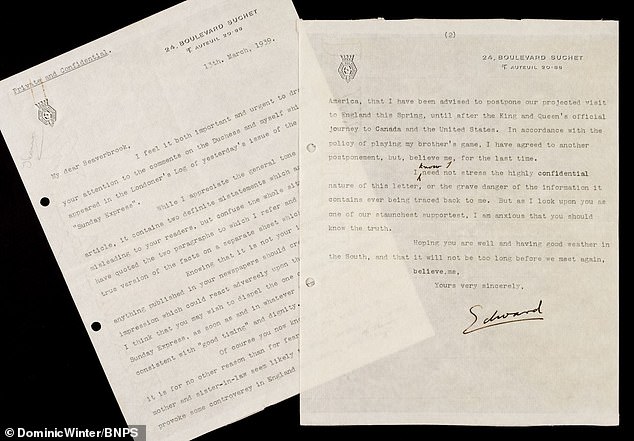 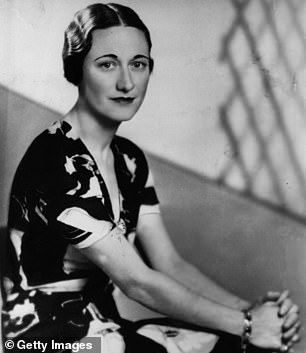 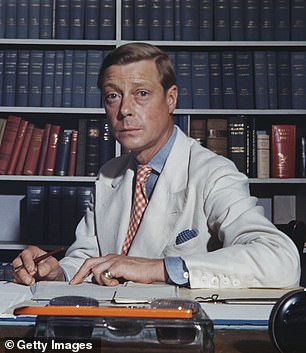 He had been warned by Royal courtiers if this happened his brother, King George VI, might get a hostile reception in the US and Canada where he was about to visit.

Edward was advised by Buckingham Palace to postpone his trip out of exile in France for the good of the King.

The Duke agreed ‘to play his brother’s game’ but warned it would be the ‘last time I would agree to a postponement’.

In the letter he also debunked myths that he had been ‘exiled’ to France after his abdication, revealing that he had moved abroad ‘to leave the field clear to my brother’.

Such was the sensitivity of the typed letter to his friend Lord Beaverbrook, it was marked ‘Private and Confidential’.

Edward caused a constitutional crisis by abdicating the throne in 1936 so he could marry Simpson.

Such was the sensitivity of the typed letter to his friend Lord Beaverbrook, it was marked ‘Private and Confidential’ 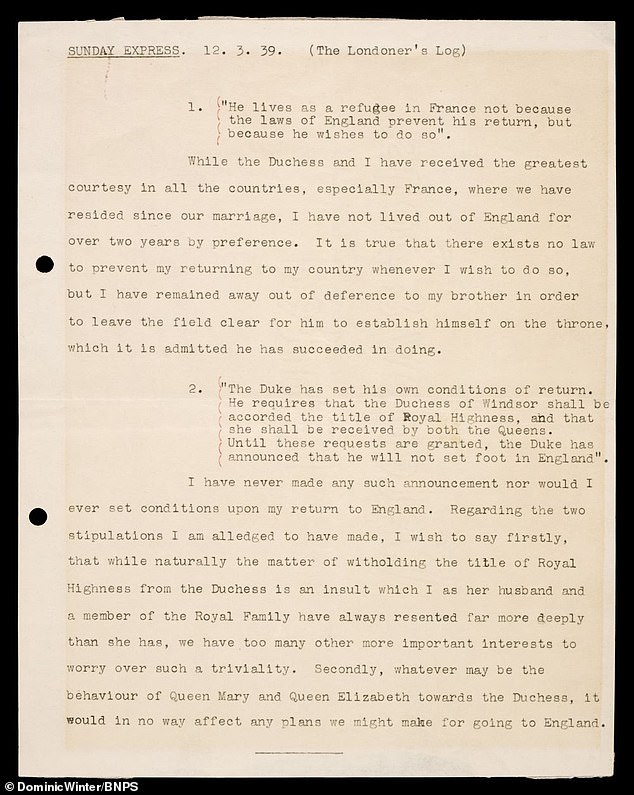 The subsequent strained relationship between him and the rest of the Royal family, in particular the Queen Mother, was well documented in the first two series of the Netflix hit The Crown.

The letter, that was written in March 1939, is now being sold by a private collector with auctioneers Dominic Winter, of Cirencester, Gloucs, with an estimate of £10,000.

Edward wrote to Beaverbrook that the content of the sensitive letter could ‘never be traced back to me’, but as a ‘staunch’ supporter he wanted him ‘to know the truth’.

He wrote: ‘It is for no other reason than for fear lest the attitude my mother and sister-in-law seem likely to adopt towards my wife may provoke some controversy in England and adverse criticism of them in America, that I have been advised to postpone our projected visit to England this Spring, until after the King and Queen’s official journey to Canada and the United States.

‘In accordance with the policy of playing my brother’s game, I have agreed to another postponement, but, believe me, for the last time.

‘…I know I need not stress the highly confidential nature of this letter, or the grave danger of the information it contains ever being traced back to me.

‘But as I look upon you as one of our staunchest supporters I am anxious that you should know the truth.’

The letter was written two years after Edward and Simpson moved to France following his abdication. It was sent from their Paris apartment.

Attached to it is a typescript in which Edward VIII addressed an article he had read in the papers which contained Royal speculation. 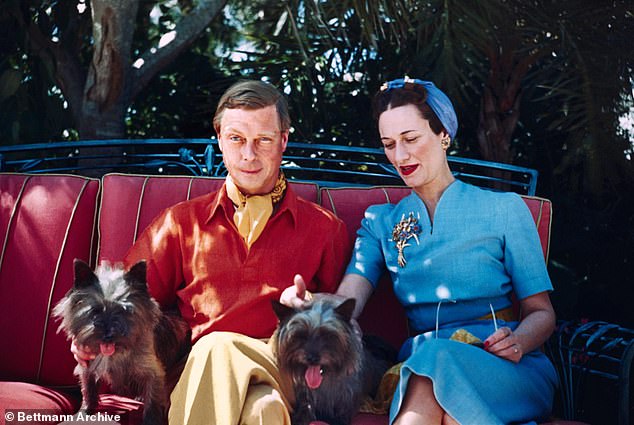 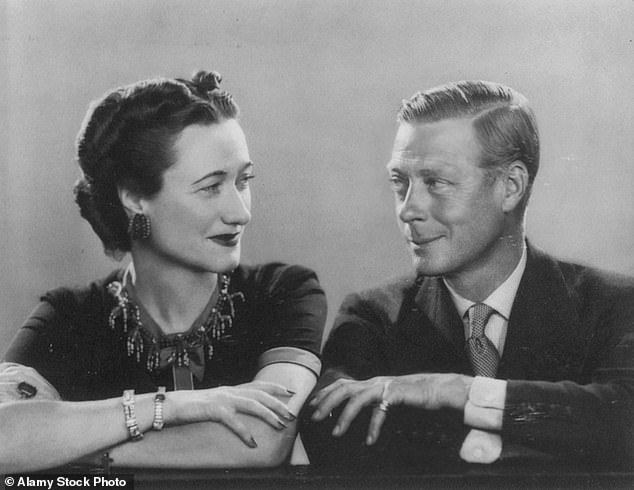 Debunking it, he revealed that he had lived in France ‘to leave the field clear to my brother’.

He wrote: ‘While the Duchess and I have received the greatest courtesy in all the countries, especially France, where we have resided since our marriage, I have not lived out of England for over two years by preference.

‘It is true that there exists no law to prevent my returning to my country whenever I wish to do so, but I have remained away out of deference to my brother in order to leave the field clear for him to establish himself on the throne, which it is admitted he has succeeded in doing.’

He added that he considered it an ‘insult’ that Simpson had been denied the Royal Highness title before trying to downplay the issue as a ‘triviality’.

He wrote: ‘I wish to say, that while naturally the matter of withholding the title of Royal Highness from the Duchess is an insult which I as her husband and a member of the Royal Family have always resented far more deeply than she has, we have too many other more important interests to worry over such a triviality.’

A Dominic Winter spokesperson said: ‘This is a letter of truly remarkable historical content written in the years following King Edward VIII’s abdication and subsequent marriage to Wallis Simpson.

‘It demonstrates that the Duke was under absolutely no illusions as to the attitudes of his mother, Queen Mary, and sister-in-law, Queen Elizabeth, towards the Duchess of Windsor.’

The couple remained living in France for the rest of their lives. In 1952 Edward returned to Britain for his brother’s funeral and again in 1965.