Alan Chartock: Celebration of a marriage 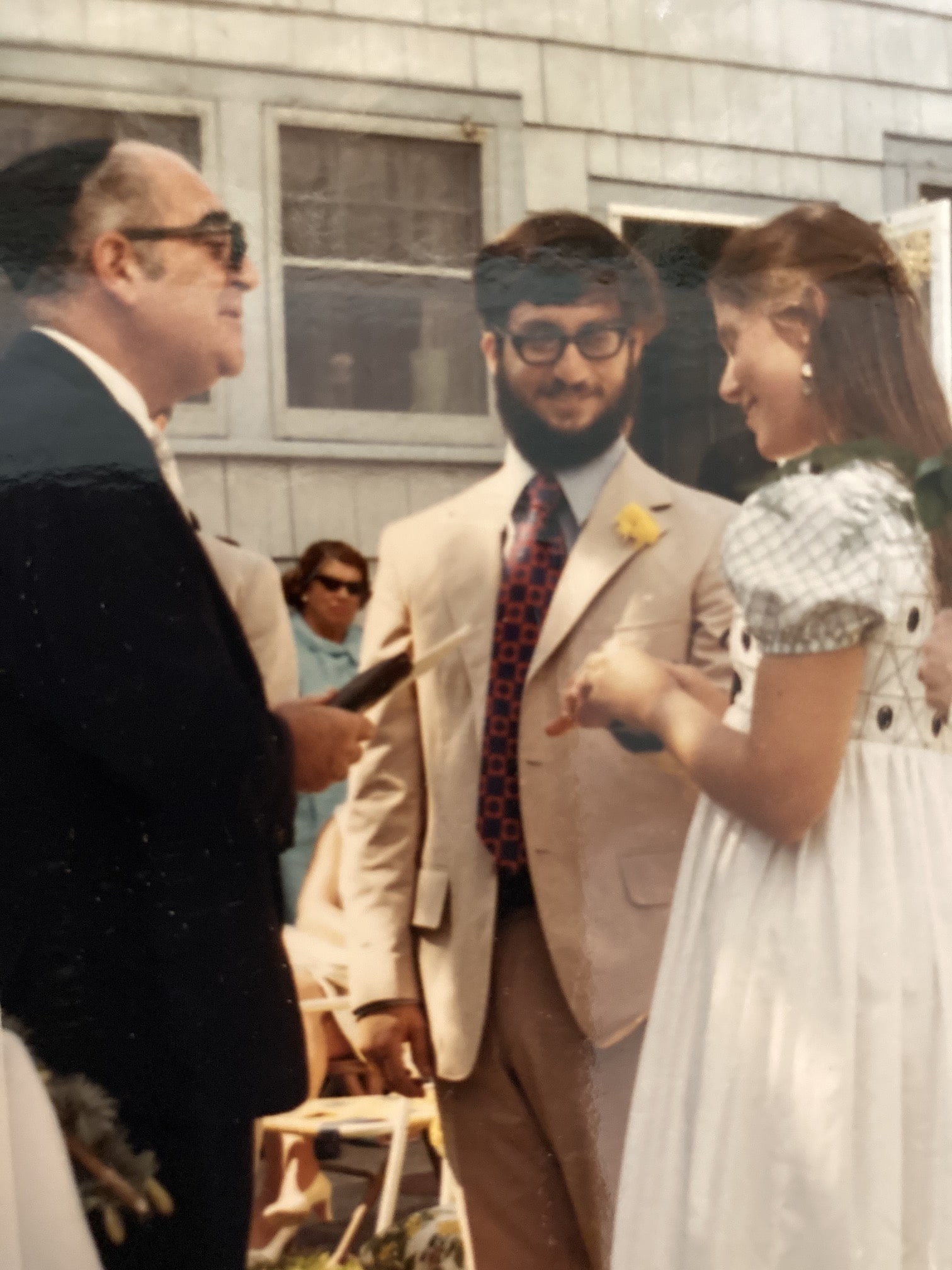 On Sept. 6, 1970, in the backyard of my parents’ house on Fire Island, I got married. It was a beautiful September day and despite certain family discord, it really was a day for Roselle and me to remember for the 50 years we’ve been married. For four or so years before that, we fought and loved and finally wore each other out to the point that we said, “To hell with it: If it doesn’t work, it won’t work.” And so it began.

Usually I write about politics in this space, but trust me, marriage is political. Of course, it is based on love, but we have to live, in some cases, for a lot of years with who we are. That doesn’t change. Compromises have to be made. In the case of Roselle and Alan, we couldn’t be more different. There is nothing in the arts that Roselle doesn’t know about. She has written five books; she’s a Holocaust scholar; she successfully taught elementary school, high school and finally ended up with a successful college teaching career that lasted 25 years. She dresses superbly while I am satisfied with pretty much the same thing every day. She has always been a better parent than I. Roselle drove phenomenal distances from Great Barrington to North Adams, where she taught at Massachusetts College of Liberal Arts. She always came home and, for the most part, so did I.

I taught at John Jay and at Rutgers’ Eagleton Institute and New Paltz for a very long time, and then as joint professor at New Paltz and SUNY at Albany. We wore out a lot of cars. The differences we crammed into the marriage haven’t changed much after 50 years. Roselle is fond of saying, “It isn’t easy being married to Alan Chartock.” That’s something I suspect many couples repeat to each other from time to time. But somehow, some way, we’ve made it for 50 years.

Just think about that — 50 years! We’re not the first, of course, but that’s a lot of years. That louse, Donald Trump, keeps getting married and leaving some not-so-nice children around. We have two wonderful kids who are now parents of three great kids themselves and making a go of it. It’s wonderful to watch our kids do their things so successfully. We are so proud of them.

We often hear people say that marriage is an outdated way of doing it. In our case, marriage provided a framework for staying together. It wasn’t a prison. A lot of people get divorced. I wish I could tell you that neither of us ever used the D-word. Maybe it was the fact that our parents stayed together, no matter what happened or what provocations they faced. I know that for most of our adult lives, we didn’t have a lot of money. There were all those years when we would rush to the bank to make sure that we had enough to pay this or that bill. I suspect that may have helped.

We have always had dogs and they have always been partial to Roselle. Murray the Westie curls up next to her on the pillow as if to say to me, “Out of here, buddy” — very Freudian.

We really didn’t have a plan for how to celebrate, so we thought we would risk the COVID and drive to Fire Island, where we haven’t been for a very long time. We will make our way to the long-ago-sold house where we celebrated with fried chicken and bagels and Nova and champagne that beautiful September day in 1970. My twin, Lewis, stood before the crowd and announced, “The bride and groom will honeymoon last year in Israel and Greece,” a reference to our previous sinful ways. Ah well, it’s been a great ride so far.